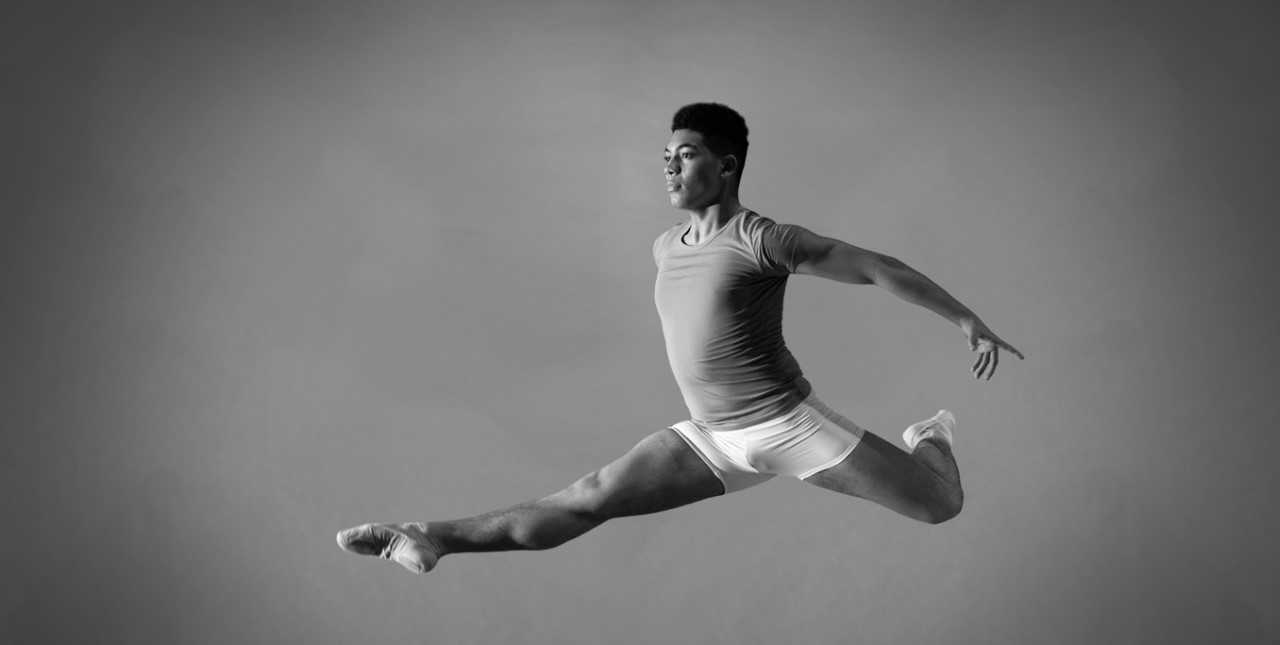 The Academy uses the Summer Intensive as a time to evaluate dancers for acceptance into our year-round training programs at the Trainee and Senior Trainee levels within the Pre-Professional Division. Dancers who wish to be considered for these programs are required to attend our Summer Intensive. Click here for information about year-round training at Charlotte Ballet.

All merit based scholarships are awarded to the dancer at the time of acceptance via email. Scholarships based off of both merit and financial need require a separate Financial Aid Application. After the dancer has auditioned and has been accepted into the Summer Intensive, please contact Ruth Gibbs via EMAIL to receive this application. Please note no Financial Aid Applications will be sent to dancers or parents past February 22, 2019.

Exceptional students ages 18 and older may be invited to submit an application for a Chaperone position at our dormitory housing. Student Chaperones receive room and board at the University of North Carolina at Charlotte dormitory at no cost. Chaperones are to support the Residential Staff with daily responsibilities, including but not limited to monitoring dancers while at the dormitory, planning evening and weekend activities at UNC Charlotte, taking daily attendance and accompanying groups on evening and weekend excursions. Chaperone positions are limited, by invitation only, and are not guaranteed to all those that apply.

When: Two performances will take place on July 27 at 2:30 and 7 PM. All dancers will perform in both shows.

Where: Performances will take place at the Patricia McBride & Jean-Pierre Bonnefoux Center for Dance (701 North Tryon Street, Charlotte, NC 28202). Complimentary parking is available behind the Center for Dance in a fenced gravel lot accessed from 10th Street, as well as overflow across the street as marked by special event signs.

Tickets: Tickets will go on sale at in June 2019

Performance DVD: Professional performance DVDs are available for advance purchase for $50 each with 2019 Summer Intensive registration.

Out-of-town dancers are housed in the Dormitory Housing on the beautiful 1,000-acre, wooded campus of the University of North Carolina at Charlotte. Professional residential staff includes a Residential Director and a Resident Advisor(s) who supervise and monitor dancers at the dorms. Student Chaperones assist the professional residential staff. Transportation is provided daily from UNC Charlotte to the Charlotte Ballet studios. Dancers have the opportunity to participate in excursions to points of interest in the Charlotte area. Scheduled activities on campus are available in the evenings and on weekends.

• Accommodations from Sunday check-in through scheduled Sunday check-out
• Meal plan including three meals a day, each day, with box lunches prepared Monday through Saturday that are delivered to the Charlotte Ballet studios. (The meal plan is mandatory for all UNC Charlotte residents. Special dietary requests will be accommodated. Meal plan begins with dinner the Sunday of check-in and ends with breakfast on the scheduled Sunday check-out.)
• UNCC security and residential staff supervision

Rooms
Dancers are typically housed in dorms that have suite-style accommodations. The exact dormitory assignment for the 2019 Summer Intensive has yet to made. A typical suite consists of 2 bedroom units, 2 dancers in each, that share a private bathroom and small den with a couch. Charlotte Ballet and UNC Charlotte are not responsible for lost or stolen items. All rooms are air-conditioned and have window blinds. Each bedroom contains a desk, a twin XL bed, a closet, and a dresser for each dancer. There are lounges on each floor with a television and full kitchen available for dancers’ use. Dancers are responsible for emptying their own trash and for cleaning their rooms. Professional cleaning staff will clean and sanitize the bathrooms each week. Room changes will not be permitted after check-in. No guests are allowed to spend the night in the suites.

This list is constantly being updated…keep checking back for additional names!

Hope Muir: Ms. Muir became artistic director of Charlotte Ballet in 2017. Born in Toronto, Hope was a founding member of Peter Schaufuss’s London Festival Ballet School. Upon graduation she joined the company (now English National Ballet), and in 1994 Hope joined Rambert Dance Company with the appointment of Christopher Bruce CBE and danced a wide variety of repertoire from prolific choreographers, including Ek, Kylian, Naharin, Tharp, Tetley, de Frutos, Cunningham and over a dozen Bruce works. After ten years with the award-winning RDC, she moved to Hubbard Street Dance Chicago and expanded her repertoire to include Forsythe, Duato and Lubovitch.

Silas Farley: Silas Farley is a member of New York City Ballet’s corps de ballet. He started ballet, jazz, and tap training with Sal and Barbara Messina in Charlotte, North Carolina, when he was 7 years old. At the age of 9, he was accepted into the boys’ scholarship class of North Carolina Dance Theatre School of Dance, where his teachers were NYCB alumni Patricia McBride, Kathryn Moriarty, and Mark Diamond. At the age of 14, Mr. Farley attended the summer course at the School of American Ballet (SAB), and was then invited to enroll as a full-time student. A choreographer since age 11, Mr. Farley created ballets for SAB’s 2010 and 2011 Student Choreography Workshops, as well as a work for the 2012 summer session of the New York Choreographic Institute, and a pièce d’occasion for the SAB 2013 Winter Ball. In 2012 he was one of two advanced SAB students selected for a student teaching pilot program at SAB. In August 2012, Mr. Farley became an apprentice with NYCB and joined the Company as a member of the corps de ballet in August 2013.

Gerard Ebitz: Gerard Ebitz was trained at the Miami Conservatory, the School of American Ballet, and the National Ballet School in Toronto. He danced professionally with New York City Ballet, Zurich Opera Ballet, Pacific Northwest Ballet and Miami City Ballet; as a founding member. As a teacher & choreographer, Ebitz has created work for the Carlisle Project, Pennsylvania Youth Ballet, Rochester City Ballet, Ballet Jorgen, Santa Fe Dance Foundation, and Tsoying Performing Arts High School. He has also served as Artistic Director for Ballet Randolph. Ebitz has received many awards for his work including recognition by The National Choreographic Plan, the Florida Individual Choreographic Fellowship and the Surdna Arts Teachers Fellowship. He is currently on faculty at the Miami City Ballet School, University of Miami Theatre Department and New World School of the Arts.

Olivier Pardina: A native of France, Olivier Pardina was born to be a dancer. At age 10, inspired by his father, he begins his training under his watchful eyes before moving to Paris to continue his studies with the Master Teachers of the Paris Opera. At age sixteen, he is promoted to Principal Dancer with the Nice Opera House (France); four years later he is offered a contract by celebrated choreographer Maurice Bejart after winning the first prize in a National Ballet Competition. Pardina has taught at the Rock School in Philadelphia, the Orlando Ballet School, the San Francisco Ballet School, the National RDA in Phoenix and he is regularly invited in South America particularly in Brazil and Mexico. He was invited by the American Ballet Theatre, the Teatro de Rio de Janeiro and the Cordoba Ballet Company (Argentina) to teach the company. From 2013 to 2017, Olivier Pardina was Principal Teacher of the Pre-Professional division of the Miami City Ballet School.

Alana Isiguen: Alana Isiguen earned her BFA in Dance from New York University and MFA from the University of California Irvine. She received her formative training at the North Carolina Dance Theatre, now Charlotte Ballet. Under the direction of Jean Pierre Bonnefoux and Patricia McBride, she was trained in the Balanchine style performing various works including The Four Temperaments, Valse Fantaisie, and Raymonda Variations among others. She continued studying privately with Rebecca Wiley at the Piedmont School of Music and Dance who mentored her in dance pedagogy, staging classical works and rehearsal direction. Alana furthered her studies at the Central Pennsylvania Youth Ballet, Chautauqua Ballet, Alonzo King’s LINES Ballet, the Salzburg Experimental Academy of Dance in Austria, and with Summer Lee Rhatigan at the San Francisco Conservatory of Dance. She has presented her choreography at the La Mama Experimental Theatre Club in New York and is a PMA-certified Pilates teacher. Her performance credits include works by Ohad Naharin, Mark Morris and William Forsythe. Alana currently serves as Assistant Professor of Dance at Cornish College of the Arts in Seattle.

*Weekly schedules are subject to change. Changes will be made to master copies posted at the Center for Dance only.

Please come prepared with the correct attire and supplies for all classes as listed below. No sweat clothes or legwarmers are allowed in any dance class. No jewelry, except stud earrings, is allowed for classes or rehearsals. Hair must be securely fastened in a bun or French twist for classes and rehearsals.

Performance Needs: All dancers will need to bring their own stage make-up for the Summer Repertory Performance. Ladies, please bring a skin-colored leotard to wear underneath your costumes and for any quick costume changes. Dancers in Level 3 & 4 will perform in skin-toned shoes/pointe shoes. This request is for both male and female dancers. Bring extra tights and shoes just in case!

Charlotte Ballet Summer Intensive attracts students from across the nation and world. Here is what some have to say about our program!

“Charlotte Ballet Summer Intensive gives students the opportunity to expand their ballet knowledge and make lasting friendships. Charlotte Ballet provides a personalized, nurturing environment with small class sizes and distinguished faculty. Students are truly able to test their limits with classes in a variety of dance styles. Guided by the staff of excellent teachers, students improved not only technique, but also movement quality and choreography retention.”

“At Charlotte Ballet, students have the chance to work with a renowned staff in beautiful studios and are given the opportunity to perform company repertoire. You will receive great training you won’t be able to find anywhere else that gives you a healthy perspective of dance and all a professional career entails. Correct use of technique, injury prevention, and a look into the life of a professional dancer with inspiring lectures by Charlotte Ballet’s Company dancers and teachers – all of these are what make Charlotte Ballet’s summer program unique and one of the best around.”

“My three summers at NCDT were all memorable and helped me to grow as a dancer, but the summer of 2007 was the real turning point. I learned my first Balanchine solo which happened to be Patricia McBride’s part in “Who Cares?” Naturally I was terrified to do it justice, but I worked hard and soaked up all the information I could and here I am today learning more of Balanchine’s roles from Patricia herself and loving every minute of it.” – Sarah Hayes Watson

Sarah Hayes Watson attended NCDT Summer Intensive 2005, 2006 and 2007. She joined the NCDT School of Dance Pre-Professional Division for the 2007 – 2008 school year and has been a member of the company since the 2008 – 2009 season. Sarah also enjoyed teaching technique classes at Summer Intensive 2013.

“I loved the attention and personal corrections I received because of the small classes.” – Level IV student

“I loved how much dancing we did each day, and it put me in great shape. The diversity of classes was extremely helpful!” – Level IV student

“I really enjoyed the studios and the professional way that the students were treated.” – Level IV student

“NCDT is a great place to go. It gives you great technical training plus many different varieties of dance and performance opportunities.” – Level II student

“I loved the teachers, classes and the atmosphere. It was very friendly and the studios were amazing.” – Level III student

“NCDT is a really helpful and healthy place to grow as a dancer.” – Level IV student

“Dorm life is fabulous. I’ve made so many new friends, and we have so much fun together.” – Level III student

“The faculty was amazing. They were so encouraging, but they pushed us at the same time.” – Level III student