A Vision for Wuthering Heights

A Vision for Wuthering Heights

Sasha Janes’ Wuthering Heights takes the stage April 27-29 at Knight Theater, but the vision for telling Emily Bronte’s masterpiece of literature through ballet has been years in the making.

It started with Charlotte Ballet supporters Ann and Michael Tarwater, whose mothers were voracious readers of Wuthering Heights. They may have lived in different parts of the country, but their lives ran parallel in their love for the book.

When Ann saw the 1992 film adaptation of Wuthering Heights, her own love for the story began and it was then that Ann understood what her mother had been trying to explain all those years about Wuthering Heights.

“There’s no greater love story written…there is longing and hope and a sense of what can be,” Ann said of the romance between Wuthering Heights‘ protagonists Catherine and Heathcliff. “Every woman and every man longs to be loved that way, with a sense of passionate, unbridled, otherworldly love.”

A conversation between the Tarwaters and Charlotte Ballet, about their commitment to see this story come to the stage through ballet, led to Wuthering Heights‘ creation. 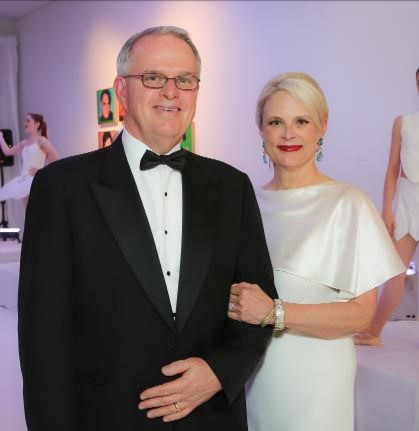 “My great miseries in this world have been Heathcliff’s miseries, and I watched and felt each from the beginning: my great thought in living is himself. If all else perished, and he remained, I should still continue to be; and if all else remained, and he were annihilated, the universe would turn to a mighty stranger: I should not seem a part of it.

My love for Linton is like the foliage in the woods: time will change it, I’m well aware, as winter changes the trees. My love for Heathcliff resembles the eternal rocks beneath: a source of little visible delight, but necessary. Nelly, I am Heathcliff!”

A Romance for the Ages

Michael Tarwater’s first commissioned ballet, At First Sight, was a birthday gift to Ann. Michael chose choreographer Sasha Janes for the project, who created a ballet dedicated to the first time Ann and Michael met. When they wanted to commission Wuthering Heights, they knew Sasha was the man for the job.

“Sasha has a heart and soul that can capture romance,” Ann said. “Romance is always the most sensational story of all, the central theme, and humanity’s great preoccupation.”

That romance between Catherine and Heathcliff is what makes Wuthering Heights a story that has maintained it’s relevance since Bronte penned it in the 1840s. 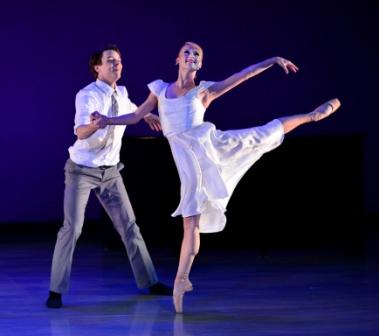 Sasha Janes’ At First Sight, commissioned by Michael Tarwater in honor of his wife Ann.

See a Piece of History

At 14 years old, Ann’s mother Betsy went to the theater to see Wuthering Heights for the first time. When the show ended, she went straight out and bought another ticket. Throughout her life, Betsy collected Wuthering Heights memorabilia and Ann has continued that legacy.

At each performance of Wuthering Heights, audience members can enjoy a display of that memorabilia in the lobby.

Charlotte Ballet thanks the Tarwaters for sharing their passion for Wuthering Heights with our artists and our audience.