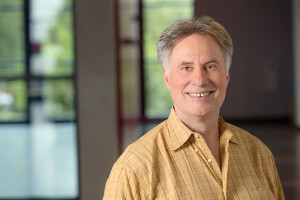 With a celebrated performance career, masterful choreographic works and visionary leadership of Charlotte Ballet – Jean-Pierre Bonnefoux has made a lasting impact on the ballet world and the Charlotte community. The 2016/2017 Season is Bonnefoux’s final season as president and artistic director of Charlotte Ballet, a position he came to in 1996, just a few years after Charlotte Ballet (then North Carolina Dance Theatre) moved to Charlotte from Winston-Salem.

Charlotte Ballet’s 2016/2017 Season is in celebration of Bonnefoux. Subscriptions are available now and single tickets go on sale August 8. Bonnefoux selected the ballets that both honor his past 20 years and look forward to the future of the company. Here’s what Bonnefoux has planned this season:

Bonnefoux is bringing the extraordinary Ohad Naharin to Charlotte Ballet for the first time. Naharin’s Minus 16 uses improvisation and his signature “Gaga” method to craft a unique experience for the audience. Resident Choreographer Dwight Rhoden, who Bonnefoux first invited to work with Charlotte Ballet in 2002, returns to present his ballet The Groove.

Nutcracker as you’ve never seen it! Thanks to a generous gift from the McColl family in honor of Jane Spratt McColl, Bonnefoux collaborated with a world-renowned design team to re-imagine his Nutcracker production with all new sets and costumes.

Originally created by the legendary choreographer Marius Petipa and composer Pyotr Ilyich Tchaikovsky in 1890, Sleeping Beauty remains a treasured ballet classic and childhood favorite. Bonnefoux is joined by Associate Artistic Director Patricia McBride to stage this opulent production, with gorgeous sets and costumes and a cast of fanciful characters.

Called “king of the pas de deux,” Associate Artistic Director Sasha Janes, who Bonnefoux has nurtured throughout his career, is premiering his Wuthering Heights ballet. Bonnefoux’s final season comes to an end similar to where he began. Wuthering Heights opens with a performance of contemporary choreographer Alonzo King’s MAP, the first ballet Jean-Pierre commissioned for the company 20 years ago.