Your Guide to Peter Chu’s New Piece for Innovative Works

In a daring experiment, the works of William Shakespeare come to life at Innovative Works through a creative collaboration with UNC Charlotte.

Peter and Andrew decided on Hamlet as their inspiration for their collaborative work because they found his dramaturgical shift throughout the play interesting. Instead of portraying a narrative, their goal is to create moving imagery based off of Hamlet’s emotional journey. 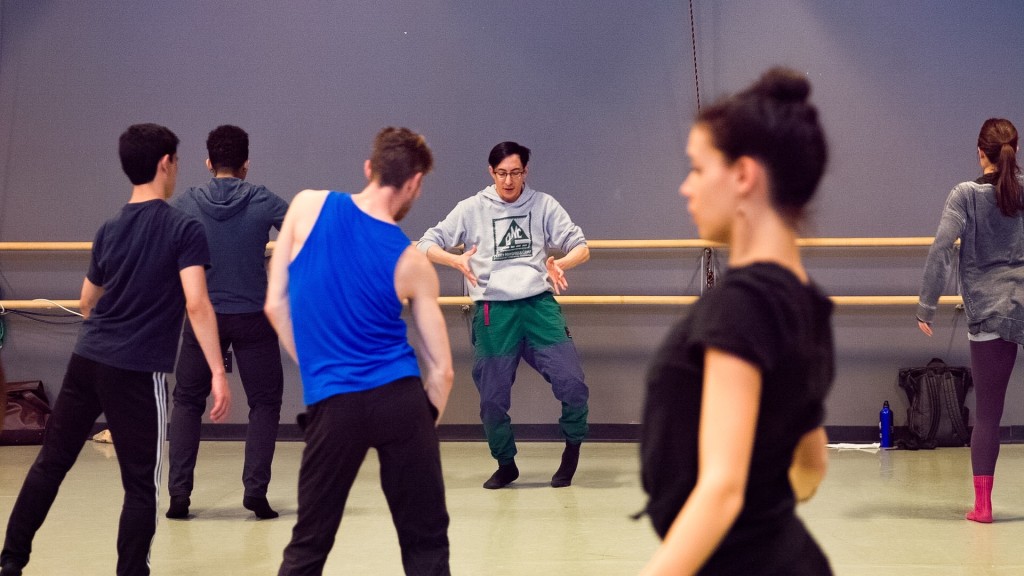 While Let Be isn’t a narrative ballet, it is important to understand Hamlet before seeing the piece. This plot summary is abbreviated to focus on Hamlet specifically and is by no means comprehensive of the whole play.

Hamlet returns home to discover that his father is dead and that his uncle, Claudius, has married Hamlet’s mother and become king. The ghost of Hamlet’s father goes to Hamlet to to tell him that Claudius is the one who killed him. Hamlet immediately goes mad because of the strange circumstance he has found himself.

After waiting for the perfect moment, Hamlet decides to take revenge on Claudius. While talking to his mother, he thinks he hears Claudius behind a curtain and stabs him. Unfortunately, Hamlet accidentally killed the King’s advisor. Hamlet is sent off the England for his murderous actions.

Driven into depression, Ophelia, Polonius’s daughter and Hamlet’s love, drowns herself. Laertes, Polonius’s son, takes revenge on Hamlet for his deceased family by challenging him to a fencing match. Through poisoned wine and swords, Laertes, Hamlet and Claudius die in the match. 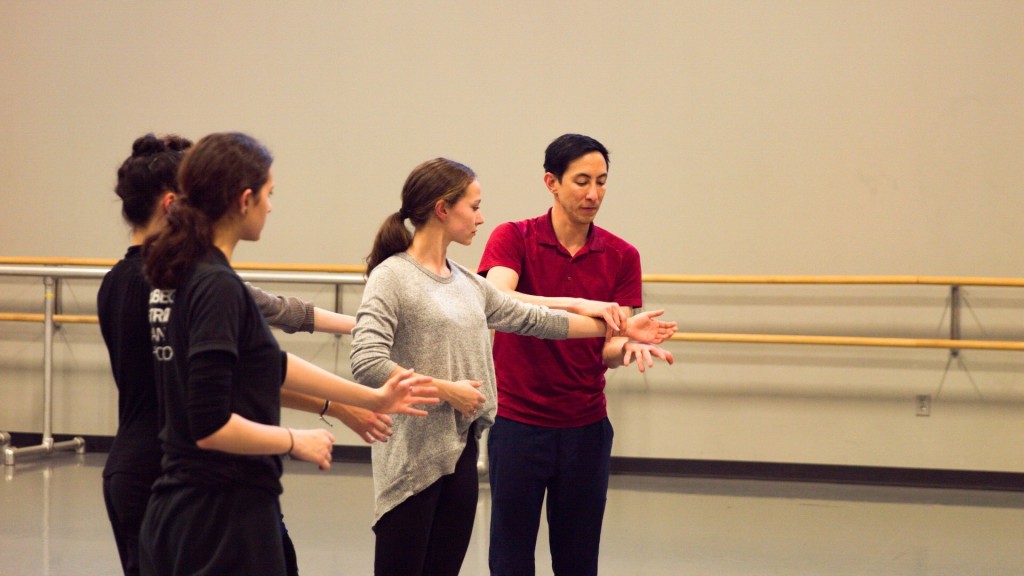 Hamlet had a very traumatizing few months before his death, but his dramaturgical shift was enlightening. He began in melancholy and depression with the fear of divine judgement being the only thing keeping him alive. This state of mind created a paralyzing internal conflict that he couldn’t escape from. Peter and Andrew found this particularly interesting because his preoccupation with death prevented him from truly living.

Throughout the play, Hamlet evolved into a new maturity that was a clear, calm and reflective state of mind. Peter said:

“That was what we wanted to track in our piece, shedding the trappings of the story itself and focusing on that positive journey, while still drawing on the richness and beauty of the text.”

“The moving images and text in this work express courage and strength while building awareness through the art of listening. Incorporating spoken text also helped to push the performers beyond their comfort zone, allowing us to build something unique and genuinely collaborative in which we blended various and disparate skills into something we hope is cohesive despite—even because of—its hybridity.”

Don’t miss this boundary-pushing ballet, along with Stephanie Martinez’s new work Unsex Me Here, which explores the gender roles in Shakespeare, at Innovative Works! 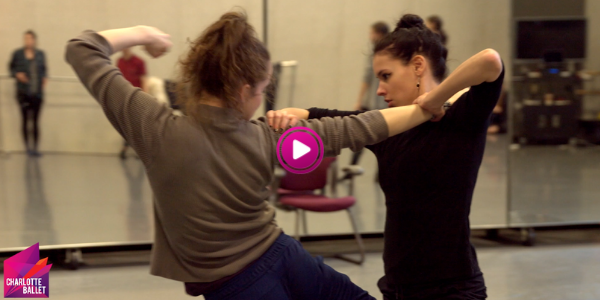 A Behind-the-Scenes Look at Innovative Works 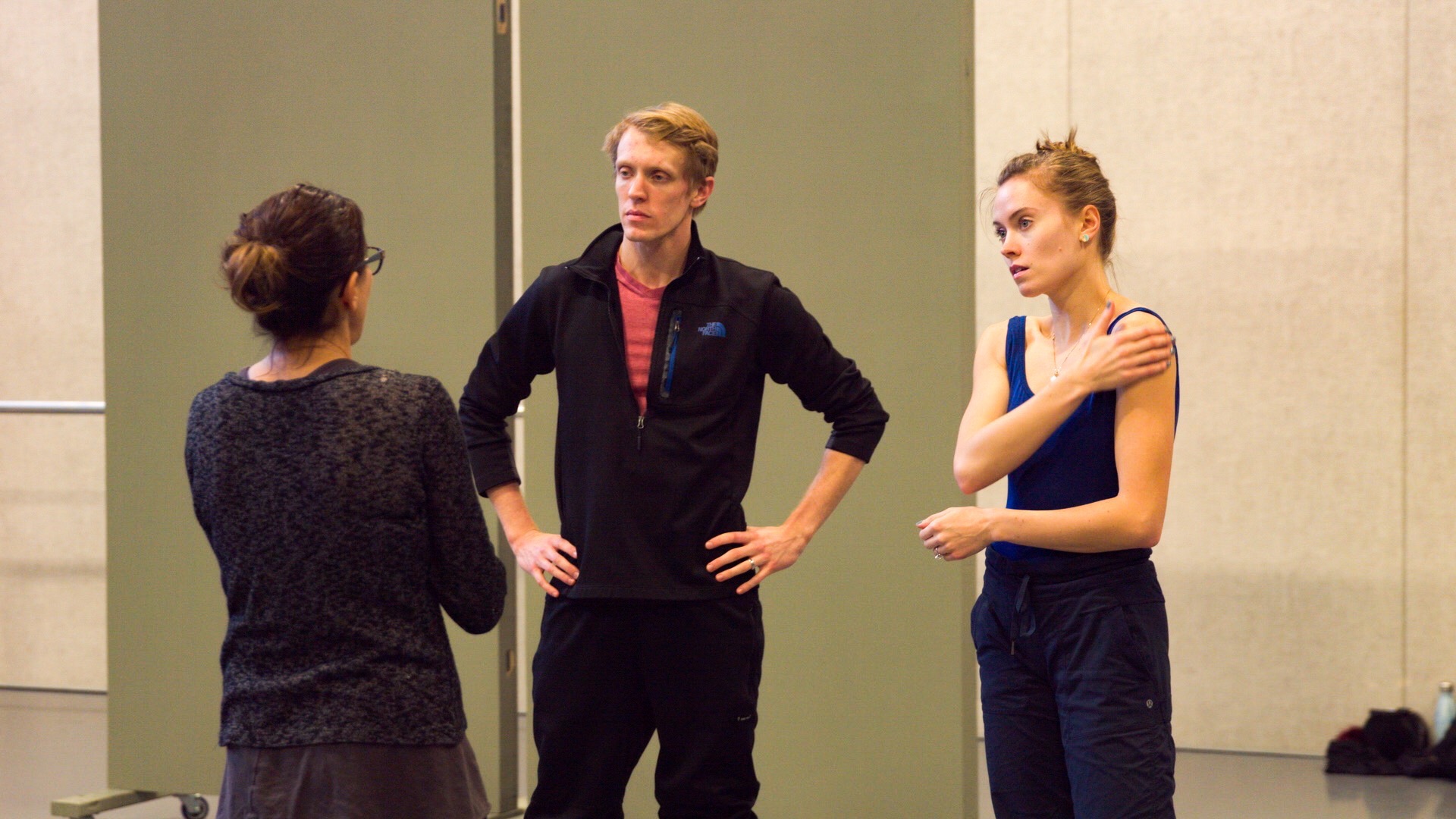 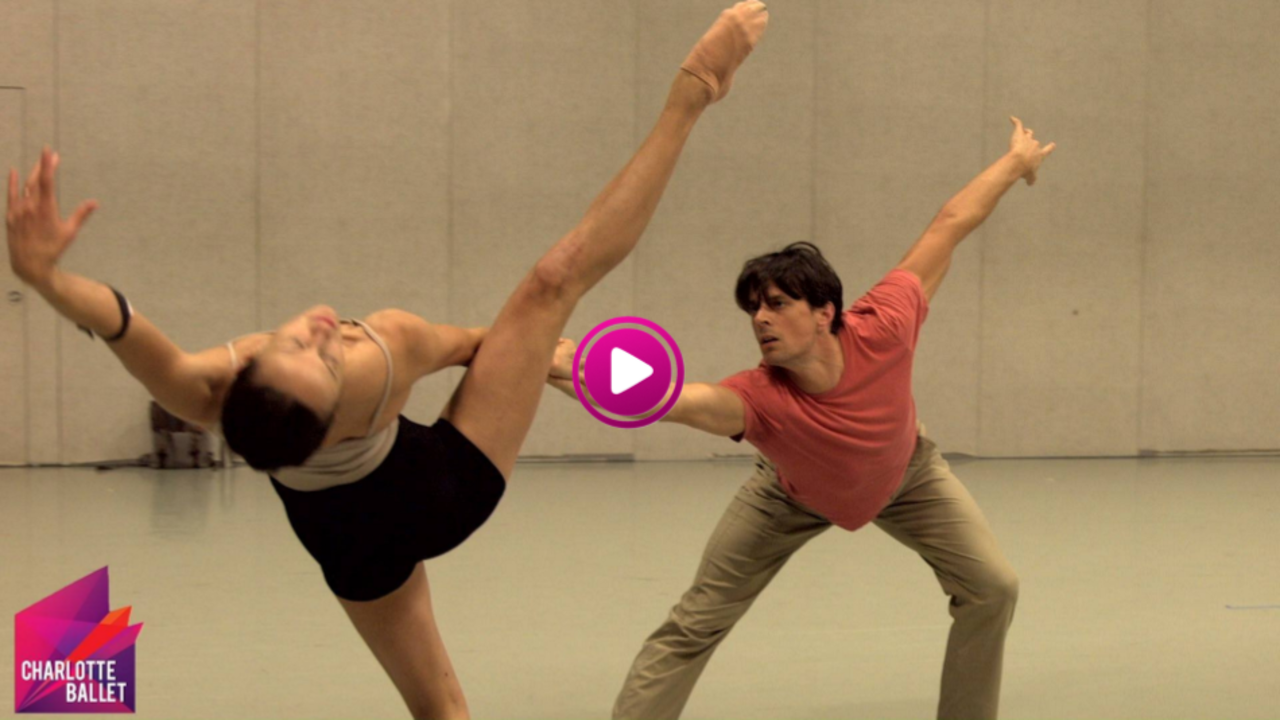 In Rehearsal for Innovative Works

Don't miss Innovative Works, a daring experiment to bring Shakespeare's works to life through a collaboration with UNC C